Our Thinking
Code for Cardboard Hackathon 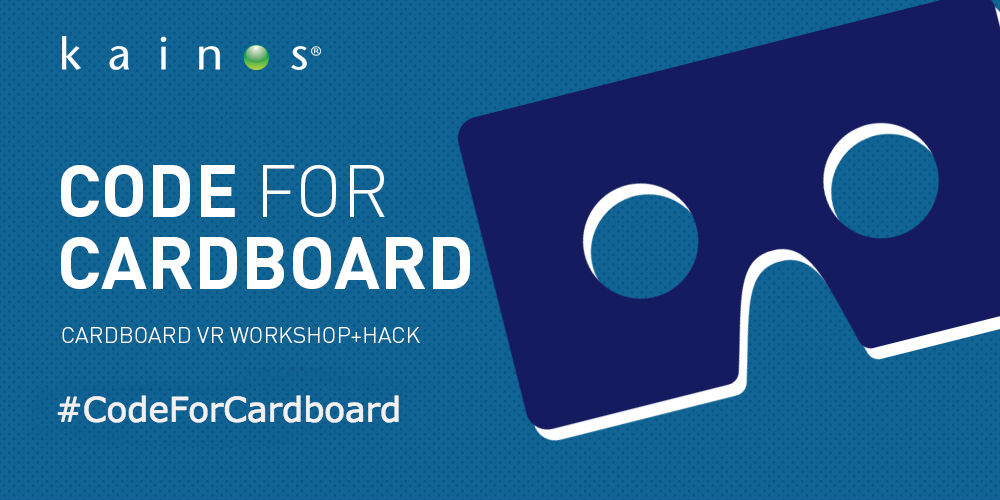 One of the ways that Kainos ensures it stays informed about next generation technology and how it might affect our customers is through Research and Development.

My name is Lizzy and I’ve been spending my placement year working as a technical consultant in the R&D team for about 6 months now.

One of the trends the team has been tracking this year has been Virtual Reality. While the promise of virtual experiences has been around for a while, the reality is that until recently, tackling the basic technology problems was not possible at a reasonable price.

This is something that can be credited to the smartphone boom, or more specifically Moore’s Law and increasingly more importantly the cost per computer instruction (often measured as MIPS per $), as it continues to diverge away from the Moore’s law Trend.

Those of you that have had experience with some of the newer hardware will know exactly what I mean. Unfortunately, it has to felt to be believed. Although on a regular basis I see non-believers turned into evangelists.

Last year Google noticed these trends too and produced a clever bit of marketing branded ‘Cardboard’ that enabled a basic VR experience for about £5.

Lowering the cost barrier to this level led to hundreds of thousands of people being inspired by VRs potential. We were inspired and wanted to share our experience, as well as support the wider technical community’s imagination. We decided we’d run a workshop to teach the basics, and follow with a hackathon focused on having fun, learning and sharing knowledge.

After rigorous planning we settled on the 18th -19th December for our Code for Cardboard hackathon, giving us just over a month to get everything put in place.

Given that one of the main targets of the Cardboard is to make VR affordable and accessible for the classroom, we decided on the theme of Education. We involved Gemma, our Tech outreach manager, and she spoke to teachers to explore which areas of the curriculum they felt could be reached with a new, cheap and immersive technology.

Tickets were released and we had Kainos university ambassadors promote the event in their campuses. All of the tickets sold out in just 3 days and we had a waiting list of over 15 people.

Our resident VR expert Neil Thom worked tirelessly over the weeks preceding the hackathon to put together a comprehensive and painless tutorial-based workshop, which would give participants a solid base from which they could develop their apps.

The finished material consisted of an 11-page walkthrough to familiarise attendees with technologies such as THREE.js, WebGL and an unfinished sample project for them to complete using the activities provided in the walkthrough.

On Friday evening, our volunteer mentors arrive, soon followed by the hackathon guests. Everyone got their machines set up and there was a lot of chat and a lively atmosphere in the room.

Neil focused on some of the key theoretical points on his walkthrough, but never dwelling on it for too long and always getting everyone stuck into some hands on coding.

The workshop went smoothly and everybody had a working virtual environment which consisted of a room with a shiny wooden floor, with some impressive coloured spinning text which appeared to be hurtling towards you when you tested it with the Cardboard on! Pretty remarkable seeing as this was their first time coding for VR.

Lots of people stuck about on the Friday evening after the workshop to chat to the Kainos mentors about their ideas for the next day’s hackathon, and about the work going on here in Kainos.

On Saturday morning, the Kainos mentors arrived bright and early to get ready for the participants arriving at 9am. Our bacon bagels arrived, and after getting everyone fed and watered with as much coffee as needed, teams set up and got to work with their ideas.

We had 6 teams in total with 2-3 per team, and the day flew in. Mentors were on hand all day to offer help, and a few hours and pizzas later, the teams prepared for their presentations.

Our judging team consisted of Tom Gray (Kainos CTO), Colette Kidd (Kainos Head of Talent Development) and Jonny McCullagh (QUB) who all kindly gave up their time to come in to watch the team presentations and decide on a winner. Each team had five minutes to impress the judges with their concept and give a demo of their app in action.

Judges deliberated and decided on a successful team – “Out of This World”. Anne and Malachy worked together to create a simple application which lets young children see and understand the stars.

They both won a pretty cool VR headset which we urged them to use to further their coding skills and continue creating some awesome VR apps.

The hackathon attracted interest from a wide age range – our youngest attendee was Michael who was aged just 9! Most participants were studying at Queens or University of Ulster, and there was a handful of industry professionals taking part.

This event really highlighted and emphasised Kainos innovation and culture to students and industry professionals, and it also gave Kainos a chance to see the potential in some of the enthusiastic and talented people taking part. It presented participants with a unique and fun opportunity to learn a new technology, and collaborate with people they had never met before.

We received some really positive emails from participants after the hackathon thanking us for the weekend and letting us know how much they enjoyed the event.

Big thanks to all the mentors who gave up their Friday evening and Saturday day time to come in and help out – Neil Thom, Kelly Moore, Matthew Fitch, Alex Turnbull, Peter McAree and Luke McNeice.

We expect to be talking a bit more about what we’ve been doing with VR in a couple of months, and we can’t wait to host our next event! 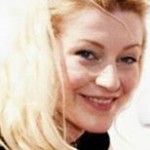 About Lizzy Atkinson
Lizzy is a Placement Software Engineer working in the Research &amp; Development team.
View all posts by Lizzy Atkinson