Our Thinking
Introducing Kainos CodeCamp: Improving the nation’s digital skills while inspiring young people to pursue a career in IT

Next week, an influential group of Government, business and NGO leaders will meet in London for the ND13: Going Digital conference, with the aim of exploring ways to improve the nation’s digital skillset as well as online citizen centric services. A number of people from Kainos are attending the event next week, with our Head of Business Development, Brian Gannon, playing a key role in one of the panel discussions.

What caught my eye was the theme of the first day of the conference, which is around ‘Digital Skills’, and more specifically how we go about building the skills needed for the UK to exploit its digital capability. This information from Go ON UK states that 16 million people in the UK aged 15 and over don’t have basic online skills – yet 90% of all jobs will require ICT skills by 2015. That’s a scary statistic, and something that we must address with urgency.

It got me thinking about what Kainos is already doing to connect with a younger audience, such as our regular visits to local primary and secondary schools to showcase exciting technologies, inspiring young people to take an interest in IT and to consider it for their future careers. Then you have AppCamp, where we take a small group of university students and skill them up to create really impressive iOS applications from scratch. We’re running our first AppCamp in London this summer and that led me to thinking that I should tell you a little more about something else we’re launching in July.

Kainos CodeCamp is a joint initiative between Kainos and Belfast Metropolitan College which will run for two weeks over the summer (22 July to 02 August), and will target teenagers aged 17-19yrs old. We expect to run the course for around 60-80 people initially.

The aim of Kainos CodeCamp is to give teenagers a real-life view into the world of software development, but to do so in a way that is both fun and easy to understand. During the Camp, attendees will gain valuable experience in the digital arena by using tools such as MIT’s AppInventor to create their own mobile applications for the Android operating system.

AppInventor can fully simulate a working Android phone and it provides the building blocks and functionality to call native services on the phone, such as the ability to make phone calls, send text messages, record media or query a web database or web-service, amongst a huge number of other features.

The use of AppInventor will provide attendees with exposure to, and development of, skills such as wireless communication, cloud storage (AppInventor is a cloud based service), and device application programming interfaces – essentially they will learn how to design, develop and deploy a fully working application to a physical phone. To complement each attendee’s application development, they will produce their application graphics using graphics tools such as Paint.Net.

At the end of the two week training and app building period, each group mentor will put forward a number of their team’s apps for review to a judging panel composed of Kainos and Belfast Met staff. Selected attendees will be required to create a short presentation for the panel on their app, and in true ‘Dragons’ Den’ style, present their solution for judging.  Prizes will of course be awarded to the best apps in selected categories.

Kainos Code Camp provides the perfect opportunity for teenagers to get a better idea of what software development is really like, whilst also raising their awareness of IT career prospects in general. It’s going to be great fun! 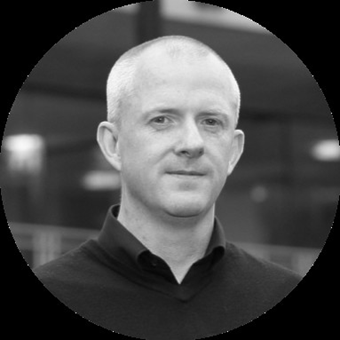 About Davey McGlade
Davey McGlade is a Principal Architect and Cyber Capability Lead who has been with Kainos for 12 years. Davey branched into Cyber Security around 4 years ago, after completing an MSc in Applied Cyber Security. His focus is on building security engineering practices into projects, and this approach has been successfully applied within several high-profile Public, Healthcare and Commercial sector programmes. Davey has spoken about security at several UK conferences, and recently attended a US State Department programme to the US with senior cybersecurity representatives from across the UK government and private industry to cover critical national infrastructure security.
View all posts by Davey McGlade