News
Her Majesty’s Passport Office (HMPO) is making it quicker and easier for you to get your passport
New online passport service reaches 1 million applications! 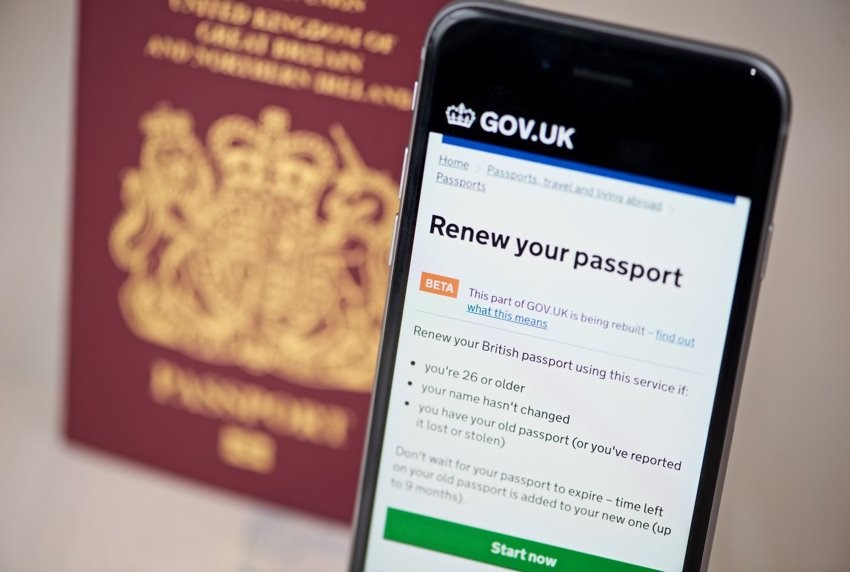 Her Majesty’s Passport Office (HMPO) is building straightforward, effective digital services to support citizens who want to apply for, renew or replace a passport.

‘When we set out our transformation programme to 2020, we had a clear aim to become a modern, digital business, giving our customers the ability to easily interact with us online. Reaching the milestone of our one millionth online application early in 2018 is a fantastic achievement and demonstrates our ability to deliver in line with our ambitions. I’m very proud of the way the team has developed our digital services, and this broad collaboration provides a strong foundation for opening the service to first time applicants and continuously improving’.

The new passport service
It all started in 2014.

Previously, the passport application process was largely a paper based process that generated a high volume of calls. The complexity of the paper application form and lack of clear guidance resulted in 25% of applications with errors. It was also clear from user research that users were very anxious about applying for their passport often picking up 2 or 3 paper forms from the post office in case they made a mistake.

HMPO has done exactly that – they have built a fully digital application channel with simple, clear guidance and introduced regular, more granular status updates. They have removed the need to submit a wet signature all of which have helped reduced calls and has brought them closer to becoming a paperless business.

The service has been built based on user needs, prototypes tested with members of the public and was an agile delivery based on user centred design and applying the GDS service standards.  This has delivered a huge culture change for HMPO and the transition, like many other services, has been a long and hard one.

How does the service work?

The process is really simple. Citizens can apply for, renew or replace a passport on GOV.UK

They’ll need to upload a photo taken with a smartphone or camera, input some personal details, make a declaration online (thus negating the need to collect a wet signature) and pay online.

The old passport does need to be sent in, but after that the user can track online and expect to receive their passport within three weeks – though so far it’s taken far less.

How the service has improved?

In the last year alone, HMPO has made some major improvements to this service.

The service has opened to 16year olds and above, along with introducing the ability for citizens in the UK, who need a passport urgently, to book an appointment and apply online as well as enabled citizens overseas to renew their passport online.

A video has been developed – How to take a digital photo, that guides users through what is and isn’t acceptable in a passport photograph – this has increased the percentage of acceptable photographs submitted by users.

HMPO has worked with partner agencies to allow professionally taken photographs to be made available online. Many PhotoMe booths, Timpson’s and other providers can now provide a code as well as printed photographs that allow photos to be uploaded from an online store. In January 2018, users were routinely receiving their new passports within a few days of submitting their application (although this is subject to demand and seasonal fluctuation).  As well as eliminating paper the process has improved customer service and reduced costs, reflected in the fact that a cost reduction can be made for users submitting their applications online.

What next from the HMPO service team?

Working with Kainos as their delivery partner, HMPO has embarked on an ambitious journey to completely digitise and improve the intake, and the processing of all passport applications.

Together the team have developed a way for citizens to provide a countersignature online. Today, to issue some adult and child passports, citizens are asked to get another person (e.g. a friend or a neighbour who has known them for 2 years or more) to countersign their paper form/declaration. We are developing a digital process where the passport applicant and their counter signatory can complete this process online. This will enable HMPO to accept further passport applications online such as first time applications and child renewal applications.

HMPO are also looking at ways to connect to other government services to reduce the number of instances where we ask passport applicants to supply documents, such as copies of of birth certificates, marriage certificates, naturalisation documentation, etc. in support of their application.

We hope this, and other services we are developing, will make citizen’s life easier and save taxpayer money. Please get in touch if you have any questions or comments.